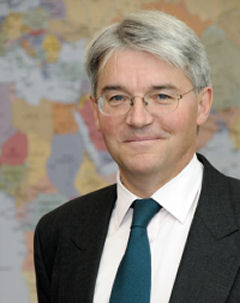 The British–Yemeni Society invites you to its 3rd Annual Yemen Lecture, under the tile "Yemen: Policy Dilemmas" which will be delivered by the Rt Hon Andrew Mitchell MP on 28 February 2017 at 18.00 in the Boothroyd Room of Portcullis House (Bridge Street, London SW1A 2LW). Please allow 15 minutes to pass security – no ID required.

Andrew Mitchell recently visited Yemen to see for himself the impact that civil war, external interventions, UN and UK policies are having on Yemen and its suffering people. As the former Secretary of State for International Development he is uniquely qualified to reflect on the complexities and contradictions that Yemen challenges policy makers with.

Mitchell has been the Member of Parliament for Sutton Coldfield since 2001. He was previously the Member of Parliament for Gedling from 1987 to 1997 during which time he held office as a Government Whip and was Minister for Social Security. He also served as a Vice Chairman of the Conservative Party (1992–93). Andrew was educated at Rugby School and studied History at Cambridge University.  He was elected President of the Cambridge Union in 1978.  He served in the Army (Royal Tank Regiment) and was a United Nations Peacekeeper in Cyprus before joining Lazard.

In November 2003 he was appointed Shadow Minister for Economic Affairs and from September 2004 he was the Shadow Minister for Police. Following the General Election in May 2005, he was the Shadow Secretary of State for International Development. He then served as the Secretary of State for International Development between May 2010 – September 2012 and Government Chief Whip between September – October 2012. He is co-chair of the Friends of Syria All-Party Parliamentart Group, and has campaigned tirelessly on the conflicts in both Syria and Yemen.

This will be one of the most important meetings we have held in recent times.  It is open to the public, and we expect interest to be high. Those wishing to attend the Annual Lecture please register via Eventbrite HERE. Alternatively, please advise the Hon Secretary, Audrey Allfree: email sec@b-ys.org.uk; telephone 020 7731 3260.