Women's Role in Conflict, Peace and Security in Yemen

The first British–Yemeni Society lecture for the new academic year will be given by Léonie​ Northedge and Marwa Baabbad of Saferworld under the title "Women's Role in Conflict, Peace and Security in Yemen". The event will take place on Thursday 7 September 2017 at 18.00 in the MBI Al Jaber Room, First Floor, London Middle East Institute (LMEI) at SOAS, 21 Russell Square, London WC1B 5EA. The lecture is organised in association with the LMEI.

Please find Saferworld's most recent report on women in Yemen here: "Women Nowadays Do Anything: Women's Role in Conflict, Peace and Security in Yemen". 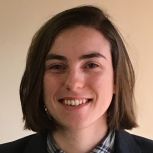 Léonie is Yemen country director for Saferworld, managing Yemen peacebuilding programmes and international advocacy. Having joined Saferworld in 2014, she has also conducted research and managed programmes in Egypt and Tunisia, especially around security sector reform, political inclusion and gender, peace and security. She holds a BA in Arabic and Middle Eastern Studies from the University of Oxford. Before Saferworld, Léonie worked at the think tank Chatham House, where she was a research associate on the Middle East and North Africa. She can be found on Twitter under the handle: @leonieleonie 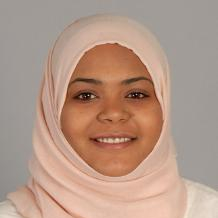 Marwa is a Yemeni researcher with a specific interest in the security sector and the current conflict in Yemen.  She has previously worked as a development professional leading gender, peace and security and youth projects with Saferworld in Yemen, and has recently attained a master's degree in post-war recovery studies from the University of York as a Chevening scholar.  Marwa was also a member of the Youth Consultative Group for UNDP's 2016 Arab Human Development Report, and co-authored the 2017 Saferworld report "Women Nowadays Do Anything: Women's Role in Conflict, Peace and Security in Yemen".